Ms. Weinbaum is the founder and president of the law offices of Weinbaum P.A.  Ms. Weinbaum has been a licensed attorney for over 16 years.  In  2010, Ms. Weinbaum took her passion for the law and her love of research, writing and breaking apart cases, and formed Weinbaum P.A.  At Weinbaum P.A., Ms. Weinbaum focuses her practice on appeals, original proceedings, post-judgment motions and providing appellate assistance to Florida Attorneys.

After successfully handling appeals for the Attorney General's Office, Ms. Weinbaum left the public sector for private practice.  In the private sector, Ms. Weinbaum has handled appeals before all the Florida District Court of Appeals and she has worked on appeals in a diverse array of areas, including administrative, business/commercial law, civil, criminal, family law, foreclosure, and juvenile law.  Her appellate practice has resulted in "law-making" (case law precedent) decisions.

Florida Attorneys have relied on Ms. Weinbaum for her appellate knowledge and for appellate assistance with legal matters.  Ms. Weinbaum has also volunteered for the Public Defender's Office, Criminal Appeals Division and was previously appointed [2010-2014] as conflict attorney for criminal appeals and juvenile appeals in the 17th Circuit.

Ms. Weinbaum is a former judicial law clerk for a lower tribunal judge, who handled administrative, civil, criminal, family, and juvenile matters.  Ms. Weinbaum is also a former litigation attorney for a large private law firm, in which she represented clients [financial institutions] in court, out-of court, at quasi-judicial proceedings, at mediations, and in appeals.  Ms. Weinbaum also previously interned for a Federal District Court Judge and worked as a law clerk in the civil litigation division of the Office of Attorney General of State of Maryland. Ms. Weinbaum is a former Supreme Court Certified Circuit Civil Mediator who has assisted in resolving disputes. 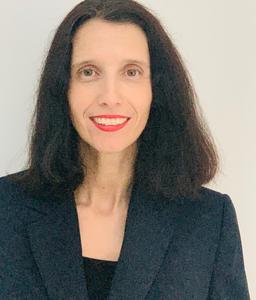